I just got an email from Chase (since I have the Chase Freedom Visa&#174) and was informed that Chase cardholders will be able to book advanced tickets to the Eric Clapton CrossRoads Guitar Festival in 2013 from 12pm 26th November 2012 until 10pm 29th November 2012 (Thursday). The 2013 event will be held on 12th and 13th April at the Madison Square Gardens in New York City. (Note: Mrs Credit Card has the Chase Sapphire Preferred(SM) Card and she also received a similar email). Below are the screen shots of the email and the websites.

To book the ticket online through the site below, you would need to enter the first six digits of your credit card number under the promo code area. This will be a great concert and you should hurry if you want to get great seats. 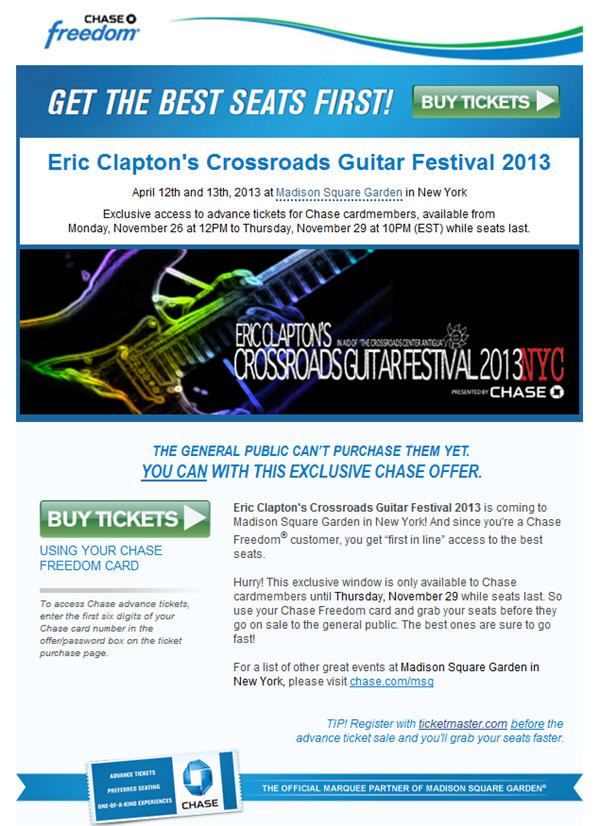 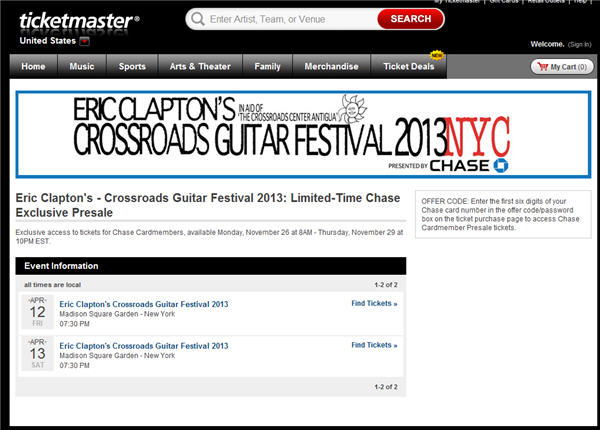 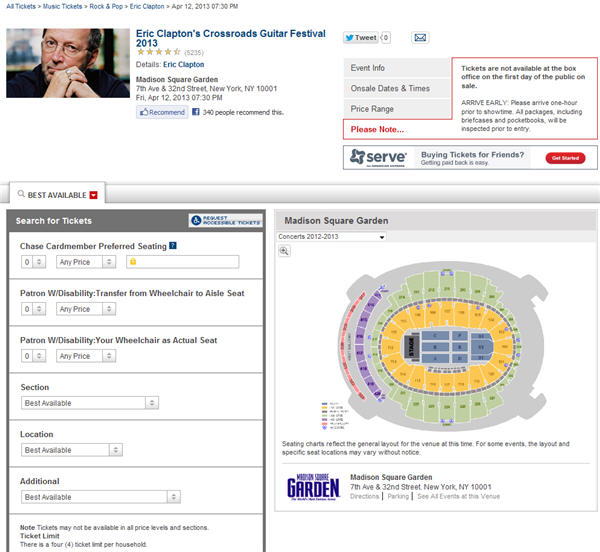 This event was first organized in 2004 event at the Cotton Bowl in Dallas (by Eric Clapton himself). It was also organized in 2007 and 2010 just outside Chicago at Toyota Park in Bridgeview, Ill.

The proceeds from the concert will benefit the Crossroads Centre, which is a drug treatment center located on the island of Antigua in the Caribbean country of Antigua and Barbuda. This facility was actually founded by Eric Clapton after he suffered from substance abuse issues.