Can I Leave Singapore With Credit Card Debt and What If I Want To Return? 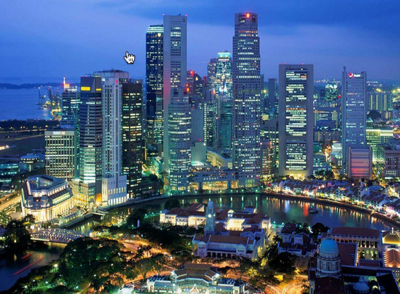 As mentioned in previous posts, one of the more frequent question we get asked is what happens to credit card debt when one leaves a country? Will they be able to return and get a job again. Most of these questions come from expats who work at very international cities. Today, we will try to address this issue with regards to Singapore.

For the last few years, the Singapore economy has been booming, fueled by increased immigration, low tax rates and a very economic friendly environment. It has also come with problems like housing inflation and more recently, expats who rack up credit card debt, get laid off and cannot pay it off. Unlike many other countries, Singapore has more stringent laws with regards to debt and bankruptcy which complicates matter for those looking leave the country with debt.

Scenario #1: You Leave Singapore Without Paying Your Debt and You Never Look Back

For expats of Singapore, it would seem unlikely to leave the country and never return again. But in the event you decide you’re going to leave your debt unpaid and never look back, you may find yourself in bankruptcy (in Singapore). Bankrupt in Singapore, is a bit different than bankrupt in the U.S. For instance, in Singapore, you can be “made” bankrupt by a creditor, while in the U.S., although it seems like you are being forced into bankruptcy, you still have to make the decision to file for bankruptcy.

If the amount owed to all of your creditors (including credit cards and car loans) is at least $10,000, you can be made bankrupt in Singapore. The problem however isn’t just being declared bankrupt. The Official Assignee then seizes your belongings which in Singapore can include, property, tools of your trade, property held in trust for someone else, and even clothing and furniture. In fact, the any property can basically be seized including future property that the bankrupt person may come into possession in the future. In fact, if you even try to take vacation, you will need the OA’s permission or you can be fined up to $10,000 and/or jailed for up to 2 years.

You may also lose your job and it will certainly make things difficult when trying to find a job. So, in this respect, if you leave Singapore without paying your debt and are declared bankrupt, plan on a rocky road if you ever try to live there again. It isn’t altogether clear what may actually happen to you upon entering and leaving the country if you have bad debt you have left behind either.

Maybe you aren’t planning on ever returning to Singapore and you don’t care about being declared bankrupt. If you have family there who co-signed or are guarantors, they may be held responsible for your debt. If you are ever offered a job, you won’t be able to take it. Consider whether it’s likely that you will never, for the rest of your life, be in Singapore again.

Scenario #2: You Leave Singapore and Take Your Debt With You

If you are moving from Singapore, it’s very likely that many of the debts you have are transferable. Most banks have relationships and branches in other countries and you will not only be allowed to transfer the debt, but also transfer your credit history. Of course, you still have the option to make payments on your debt after moving, even if the bank does not have a relationship with the country you are moving to.

Your credit score in Singapore is not transferrable. Many credit card issuers, such as American Express, will issue you a U.S. American Express. It is much easier to establish credit history in the U.S. if you are able to transfer accounts or and payment histories or easily begin establishing a credit history if you have a card when you get here.
However, whether you have a good or bad credit score in most countries, does not mean you will have the same good or bad credit score in the U.S. It is sometimes more difficult to obtain mortgages and other lines of credit if you do not have a credit score at all, and can be worse than having bad credit.

If you consider both scenarios, it appears as though the best decision would be to transfer the credit card accounts and make an effort to continue to pay on the debt. This way, you may be able to establish a credit history in the new country with an already established history as well as be able to return to the original country without worry of jail or being made bankrupt. In most situations, the amount owed on the debt will not be worth skipping out on, no matter how convenient it may seem.