Here is an introduction and thorough review of charity credit cards. I’ve been meaning to write this up for a while and the following question from a reader has got me going.

How does a charitable organization qualify as a recipient of such donations?

Charity Specific Credit Cards – There are two types of credit cards that allow you to donate rewards or cash to charities. The first type is charity specific credit cards. For example, you can get an Anne Geddes credit card and a portion of every dollar you charge to the card is donated to the Anne Geddes Foundation. The good feature of these cards is that charity giving (from your credit card spending) is automatic and to your favorite charity (presumably that is why you got your card). The downside to such charity specific cards is that you can only contribute to one charity.

Charity Partners of Reward Programs – Another way of donating rewards or cash to charity via your credit card is through a reward program. Most credit card reward programs allow you to donate points to charities. Some have more partners than others so the key to choosing a card for such purposes is to actually look at the charity partners of the reward programs. So let’s do that right now.

You can even earn points for giving in dollars! Plus your giving records are stored in a password protected Giving History website. 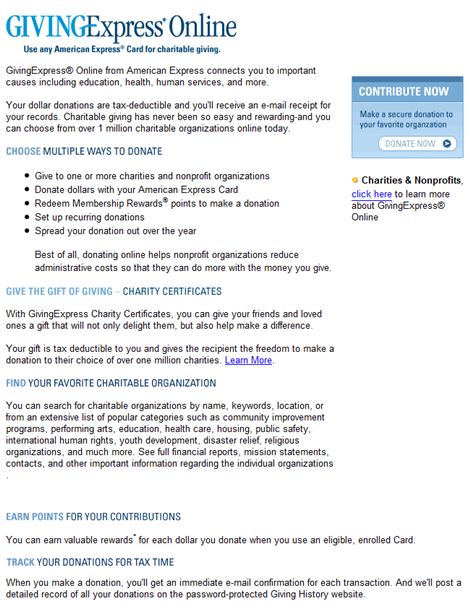 With the Thank You Network, you are basically redeeming points which translate to a monetary value and donating the cash to the charities.

The Thank You Network also allows you to redeem points for a “GiftBack” gift card which you can donate to any charity of your choice. 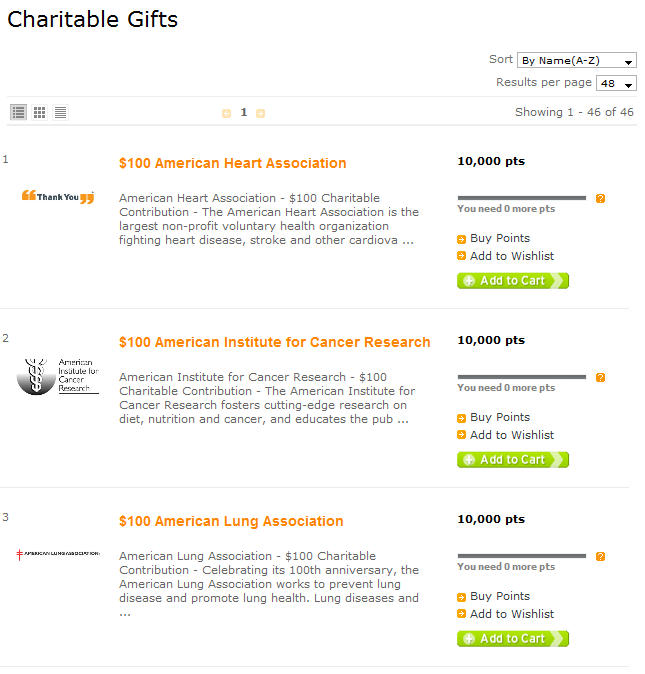 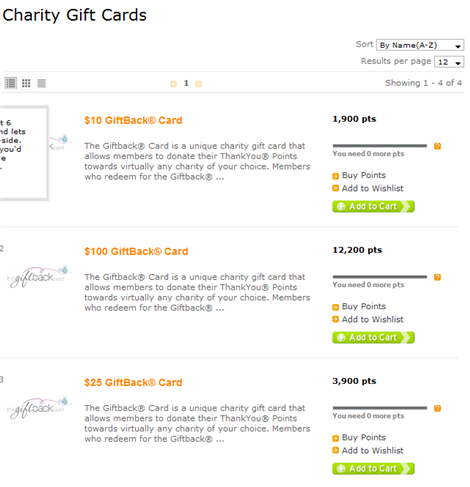 With the worldpoints program, you are also redeeming points for a monetary value to be donated to charities. 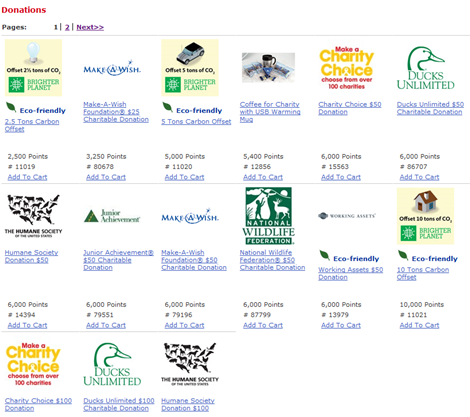 No Hassle Miles – The Capital One No Hassle Rewards Program has partners with over 1.2 million charities. So it is likely that you will find your favorite charity in their program. The great aspect of Capital One is that they will cover all transaction fee so that every dollar that you give actually goes to the charities. You can choose to donate cash or use your reward points. 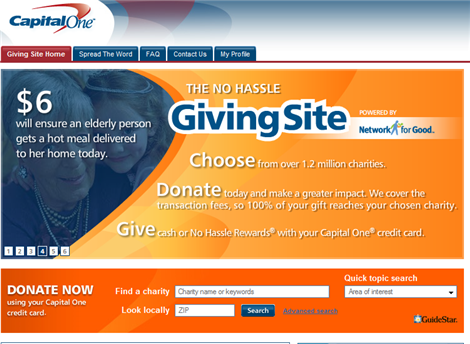 Chase Rewards – I logged on into my Chase Flexible Rewards account and couldn’t find any rewards in it. So I guess Chase is not such a good card for charity giving.

Conclusion – So there you go – the major credit card reward programs and their charity rewards. From my perspective, I like the American Express Membership Rewards best for the number of charity partners and the flexibility of giving and the ability to set up “automatic giving”. Capital One’s program looks to be good as well.