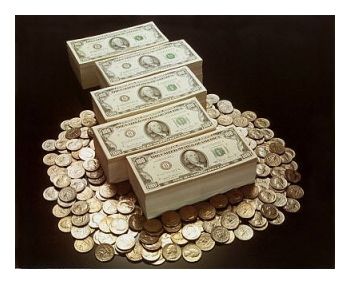 We’ve all been there. We get upset, and we eat a double cheeseburger, or a pint of ice cream.

We have an argument with our boss, or a co-worker, and our plan to quit smoking bites the dust.

We miss a flight and spend $50 in the airport gift shop. Or, in my case, I stop at Starbucks every morning out of habit, and because it is a small comfort.

What do all of these things have in common? They are ingrained, destructive behaviors.

We eat, we smoke, we gamble, we drink, or we spend; habitually, and during an emotional state. Then we feel guilty. Regretful even. We know we didn’t need that cheeseburger, or that new pair of shoes, or that new electronic toy. We know it broke the budget, and we vow to do better next time. But for how long?

“Binge Spending” is exactly what it sounds like. We get a little bit of money, and we gorge ourselves. We use that money as a salve, covering over an emotional wound. In the end we come out bloated, frustrated, and sick over our actions. If the money was spent on credit, we come out of the binge episode in debt, which creates another cycle of worry and stress the following month when the bill is due.

Sometimes people binge spend because they feel poor, and going out and ing whatever item is at the top of their list makes them feel better – for a little while. That is, until reason and guilt set in.

Reason and guilt inevitably give way to:

Financial fasting is the other end of the spectrum. It’s where we mentally berate ourselves for spending money we didn’t have, and promise – will ourselves not to do it again. So, for a while we go without. We don’t eat out, we don’t clothes, electronics, 25 ¢ gum balls, nothing.

Then we start feeling restricted. And the cycle begins again.

Here’s where I ‘fess up: I just bought a new laptop, after my daughter broke my old one. Oh, but I didn’t just any laptop. I bought an $800 laptop. I thankfully did not put it on credit, but it did give a heck of a one-two punch to my bank account. There was a cheaper model. A much cheaper model. But I didn’t it. I bought the more expensive laptop for the following “reasons”:

By refusing to think logically about my habits and emotions, I let them control me.

So, here’s my question to you: What’s your advice? How do you fight this battle? How do you avoid financial temptation in your own life?

How can I fight the good fight, and grow wealthy, when I’m my own worst enemy?